DEADLINE FOR FINANCIAL AID (SCHOLARSHIPS AND FELLOWSHIPS) is MARCH 5th, 2017! 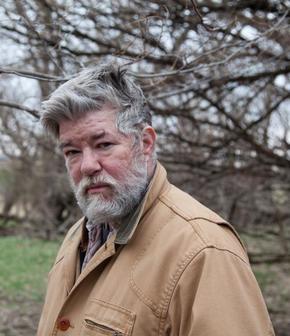 Chris Offutt is an award-winning novelist, memoirist, and screenwriter. He worked on the HBO drama True Blood and the Showtime series Weeds. His books include the memoirs My Father, The Pornographer, The Same River Twice, and No Heroes: A Memoir of Coming Home, the story collections Kentucky Straight and Out of the Woods, and the novel, The Good Brother. His work has appeared widely and has been featured in The Best American Essays, The Best American Short Stories, and many other anthologies. He lives near Oxford, Mississippi.
​
​ 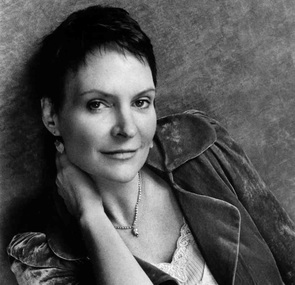 Antonya Nelson is the award-winning author of seven short story collections and four novels, including most recently, the short story collections Funny Once, and In the Land of Men, and the novels, Bound and Living to Tell.  She teaches creative writing at the University of Houston and in the Warren Wilson MFA Program. Her awards include the Rea Award for Short Fiction, Guggenheim and NEA Fellowships, and an American Artists Award. She lives in Telluride, Colorado, Las Cruces, New Mexico, and Houston, Texas. 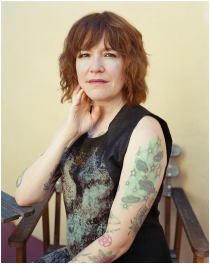 ​MICHELLE TEA (Creative Non-Fiction) is the author of five memoirs: The Passionate Mistakes and Intricate Corruption of One Girl in America, Valencia (now a film), The Chelsea Whistle, Rent Girl (illustrated) and How to Grow Up (Penguin/Plume), currently in development with Amazon Studios. Her novels include Mermaid in Chelsea Creek and Girl at the Bottom of the Sea, part of a Young Adult fantasy trilogy published by McSweeneys, and Rose of No Man’s Land. Black Wave is a dystopic memoir-fiction hybrid. Forthcoming works include Castle on the River Vistula, the final installment of the YA series, and Modern Tarot, a tarot how-to and spell book published by Harper Elixir. Tea is the curator of the Amethyst Editions imprint at Feminist Press. She founded the literary non-profit RADAR Productions and the international Sister Spit performance tours, and is the former editor of Sister Spit Books, an imprint of City Lights. She created Mutha Magazine, an online publication about real-life parenting. Her writing has appeared in Harper’s, Cosmopolitan, The Believer, Marie Clare, n+1, xoJane, California Sunday Magazine, Buzzfeed and many other print and web publications. 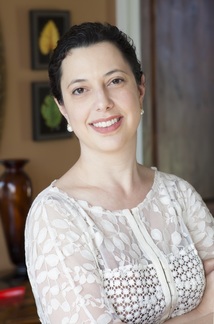 ANTON DISCLAFANI (Fiction) is the author of two novels, the New York Times Bestselling The Yonahlossee Riding Camp for Girls and, most recently, The After Party. Both were Indie Next Pics and Amazon Best Books of the Month. She was a finalist for the Flaherty-Dunan First Novel Prize. Her fiction and nonfiction have appeared in Washington Square Review, Rhapsody, and This American Life.​ She teaches creative writing at Auburn University in Alabama, where she lives with her husband and son.  Anton was raised in northern Florida.  http://antondisclafani.com 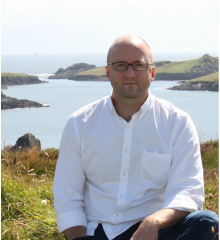 ​MATT BONDURANT’s (Fiction) latest novel The Night Swimmer was featured in the New York Times Book Review, Outside Magazine, and The Daily Beast, among others.  His second novel The Wettest County in the World (2008) was a New York Times Editor’s Pick, a San Francisco Chronicle Best 50 Books of the Year, an international bestseller, and has been made into a feature film (Lawless) by Director John Hillcoat, starring Shia Labeouf, Tom Hardy, Jessica Chastain, Mia Wasikowska, Gary Oldman, and Guy Pearce.  His first novel The Third Translation (2005) was an international bestseller, translated into 14 languages worldwide.  His non-fiction work has appeared in The Huffington Post, Outside, The Dallas Morning News, The Guardian, and numerous other outlets.  Matt has sold multiple original drama TV pilots, including development deals with HBO/Cinemax, Red Wagon Entertainment, and Warner Brothers Television.  mattbondurant.com​ 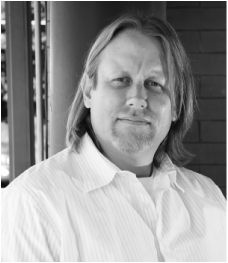 SETH BRADY TUCKER (Poetry and Fiction) is originally from Lander, Wyoming.  Seth’s second poetry collection, "We Deserve the Gods We Ask For (2014)," won the Gival Press Poetry Award and the Eric Hoffer Book Award.  His first book, “Mormon Boy,” won the 2011 Elixir Press Editor’s Poetry Prize (published in 2012), and was a Finalist for the 2013 Colorado Book Award. His fiction was recently a Special Mention for the 2015 Pushcart Anthology (Iowa Review, "The Mountain Man's Relativity Theory"), and he has won the Shenandoah Bevel Summers Fiction Prize and the Literal Latte Short Fiction Awards. Seth has degrees in English Literature and Creative Writing from San Francisco State University, Northern Arizona University, and Florida State University (PhD, 2012). Currently, he teaches poetry and fiction workshops at the Lighthouse Writers' Workshop in Denver, at the Colorado School of Mines, and he is the senior prose editor for the Tupelo Quarterly Review. He served as an Army 82nd Airborne Division paratrooper in the Persian Gulf, and works to provide scholarships in writing for veterans.  He is currently working on a novel and short story collection, both represented by Glass Literary Management. 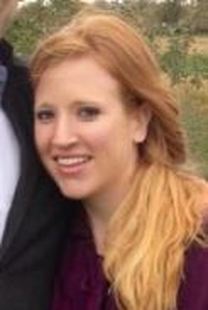 MARGAUX WEISMAN began her career in publishing, after several years in the entertainment industry, handling social media and publicity for a small independent press. She is now an associate editor at HarperCollins. Her greatest joy as an editor is championing emerging voices. She’s worked with a number of debut authors, among them Deborah Shapiro, Hannah Gersen, Anne Valente, and Tony Tulathimutte. Tulathimutte’s Private Citizens was named one of Buzzfeed's most anticipated books of 2016, and New York magazine called it "the first great millennial novel." Deborah Shapiro's The Sun in Your Eyes was a New York Times Book Review editor’s choice. She works with bestselling and award-winning suspense authors such as Carol Goodman and Lori Rader-Day. She also acquires a select list of nonfiction projects, mostly in the pop culture realm—a few of these authors include Jason Diamond, Piper Weiss, Jonathan Kauffman and Alice Bolin.  She is a graduate of Wesleyan University and the MFA program at The New School.
DANA MURPHY joined The Book Group in 2012, after studying film/television and sociology at NYU, to provide administrative and creative support to Brettne Bloom and Elisabeth Weed.  Dana works collaboratively with The Book Group team on all aspects of their clients’ publication and has had the opportunity to work with a wide range of fiction and nonfiction authors over the years.  Dana began building her own client list in 2015 with Danya Kukafka’s debut novel GIRL IN SNOW (Simon & Schuster, 2017) and is now on the hunt for thoughtful, diverse, and rebellious voices.   She loves fiction (both adult and YA) with a strong sense of place and masterful plotting, featuring characters that are so well drawn they feel like old friends. On the non fiction side, she’s a fan of narrative non-fiction/essays about pop culture, social issues, feminism, diversity, film and television, music, and comedy.

The Seaside Writers Conference is an annual gathering of creative writers from all over the nation, and features award-winning writers in poetry and fiction and screenwriting who will offer a full week of intensive writing workshops, one day seminars, school outreach programs, and social events.  This event occurs every year in May, and offers the opportunity for beginning, intermediate and advanced writers to celebrate writing, to network with other writers, and to hone their craft.  There will also be seminars hosted by professional editors and literary agents who will offer one-on-one consultations.  All participants who pay the full conference tuition fee will be able to take part in all daily activities, while those paying a la carte pricing will have the pick of which classes and workshops they would like to attend.  There is also an exclusive tuition & housing option that provides accommodation for the conference. 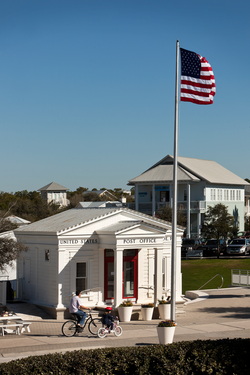 Founded in 1981, Seaside celebrated its 30th
anniversary in 2011. This 80-acre town is located on the beautiful Gulf Coast of Northwest Florida and is a model for the new urbanism, a movement that is changing urban and suburban planning and development practices throughout the country. As a place where the entrepreneurial spirit is nurtured, the homes and retails shops in Seaside are individually owned, and the town is laid out so that most of life's daily needs are available within a short walk or bike ride. Three large public greens offer space for social activities and events. Dozens of shopping and dining options are located in or adjacent to the town center. Civic components include one of Florida's first state public charter schools (Seaside Neighborhood School), an interfaith chapel, a nonprofit institute, a repertory theatre, a post office and several parks. As an environmentally conscientious community, the precious coastal dune system remains intact on the Gulf side of town and preservation of the indigenous vegetation is a priority. The Seaside Writers Conference is organized and produced in conjunction with the Cultural Arts Alliance of Walton County, the Seacoast Collegiate High School, and the Seaside Institute.
​Our fellowship/scholarship selection procedures follow the CLMP Contest Code of Ethics:

CLMP’s community of independent literary publishers believe that ethical contests serve our shared goal: to connect writers and readers by publishing exceptional writing. We believe that intent to act ethically, clarity of guidelines, and transparency of process form the foundation of an ethical contest. To that end, we agree to 1) conduct our contests as ethically as possible and to address any unethical behavior on the part of our readers, judges, or editors; 2) to provide clear and specific contest guidelines — defining conflict of interest for all parties involved; and 3) to make the mechanics of our selection process available to the public. This Code recognizes that different contest models produce different results, but that each model can be run ethically. We have adopted this Code to reinforce our integrity and dedication as a publishing community and to ensure that our contests contribute to a vibrant literary heritage.

Round one of judging:  creative pieces are blind read by anonymous readers (these change every year) who are asked only to score manuscripts.

Final round:  professionals blind-score finalists in each genre.  Faculty and directors are not a part of the selection process, and the composite scores from selected professional readers are the sole evaluative tool for selection, and CV/resume are used only to confirm winner eligibility.
UA-78280912-1